Throughout your Innsmouth investigations, you have ventured into tide-hollowed caves and dripping tunnels—but these watery caverns are only the antechamber of the Deep Ones’ domain. A hidden city rests beneath the choppy waves of the North Atlantic, slumbering at the bottom of the ocean. If you’re going to protect the world from suffering the same fate as Innsmouth, you’ll need to venture into the heart of the storm.

Fantasy Flight Games is proud to announce Into the Maelstrom, the sixth Mythos Pack in The Innsmouth Conspiracy and the climactic conclusion of the cycle!

Within this expansion pack, you’ll find the final scenario of The Innsmouth Conspiracy cycle for Arkham Horror: The Card Game, inviting you and your fellow investigators to dive into the darkness beneath the waves and confront the Deep Ones in their own city—putting an end to this threat forever. Combined with the addition of new player cards to upgrade your decks, Into the Maelstrom is a perfect capstone for a cycle of danger and mystery. 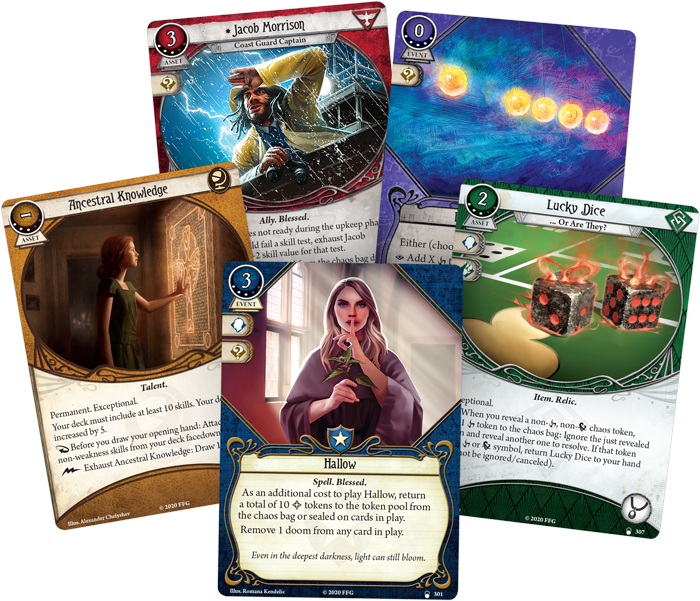 The Sunken Halls of Y’ha-nthlei

Your journey to the Deep Ones’ citadel will not be easy. As you descend into Devil Reef, you finally reach the gateway to the final depths: a swirling vortex of otherworldly currents. Somehow, you must gain entrance, searching the surrounding tunnels for the keys that will open your way forward.

The dangers of Y’ha-nthlei only increase once you’re swimming along the undersea corridors of the city and entering the unholy Sanctums of the Deep Ones. Here, you’ll find not just one monstrous Ancient One, but two—Father Dagon and Mother Hydra. Both may be slumbering for now… but their waking would undoubtedly herald destruction for your entire party, as well as for all humanity. 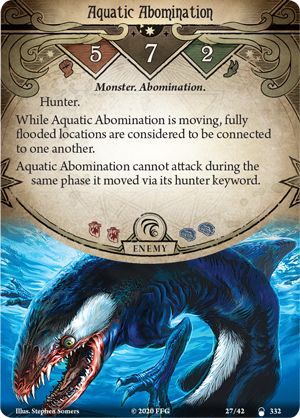 Among the player cards included in this expansion, few cards are more unusual than the new Seeker cards. You may unlock a vault of Ancestral Knowledge (Into the Maelstrom, 303), an exceptional asset that lets you start every game with five random skills readily accessible, helping to fuel any deck that relies on its skill cards. Or perhaps, you’d rather assist your fellow investigators by plucking at Ariadne's Twine (Into the Maelstrom, 304). This asset can bank up resources, and those resources can then be spent as if they were secrets on an asset controlled by another investigator at your location.

Even with the best-laid plans, there have always been certain tests that lay just out of reach for your investigator—but if you’re willing to pay the price to Justify the Means (Into the Maelstrom, 306), you can utterly surpass your limits. This skill card gives Rogues a way to make any test automatically succeed, though you must add curse tokens equal to the test’s difficulty to the chaos bag. Still, if it’s a matter of life and death, surely there’s no price that is not worth paying?