Arkham Horror: The Card Game - Return to the Circle Undone

“…everybody in Arkham knew it was Keziah’s witch light which played near Brown Jenkin and the ghost of the old crone herself.”
-H.P. Lovecraft, “The Dreams in the Witch House”

The reading is not yet complete. Dark machinations once again enshroud the Silver Twilight Lodge, and as the cards spin a new story, you find that you are the key to unlocking its secrets. It is time to reopen this chapter of horrors and put your fate in the hands of fortune once more.

Fantasy Flight Games is proud to announce Return to the Circle Undone, an upgrade expansion adding new supplementary content to the entire The Circle Undone campaign for Arkham Horror: The Card Game!

This upgrade expansion comes oozing with new scenario cards and encounter sets that you can add to each scenario of The Circle Undone, enhancing your investigations with new dangers and new objectives. New player cards, including some upgraded versions of cards from The Circle Undone, give you new tools and options for upgrading your decks, and with a full assortment of card dividers you’ll easily be able to sort and store your entire campaign. On top of that, this expansion comes with a brand-new deck of 22 tarot cards that can be used to enhance any Arkham Horror: The Card Game campaign or scenario!

So now you must ask yourself: will you heed the fortune-teller’s words once more? 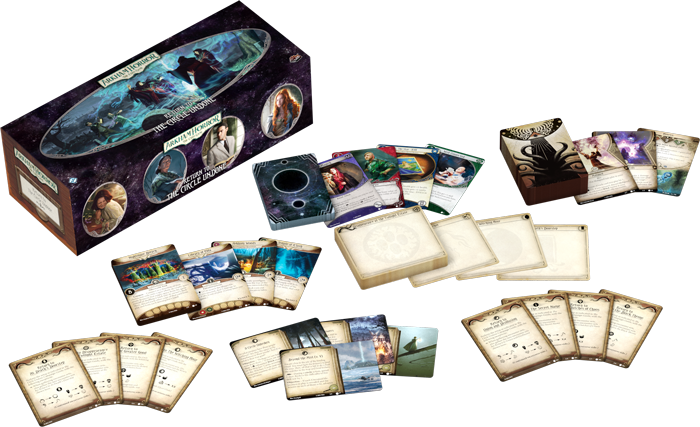 You have already investigated French Hill and foiled the plans of the Order of Silver Twilight once before. But now that your nightmare begins anew, you will find things that have strangely altered, twisted, or warped. New secrets have emerged, and things will not play out quite the same way this time. 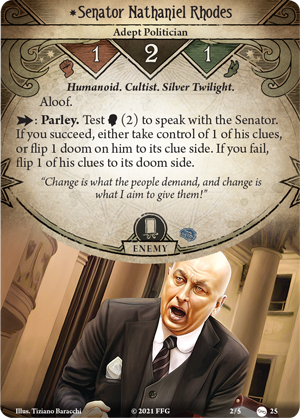 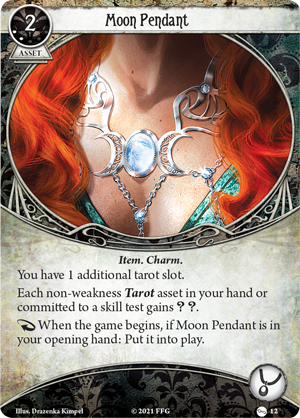 As an added bonus, the Return to the Circle Undone expansion comes with a special deck of 22 full-sized tarot cards that can be used as an optional mechanic to supplement any scenario or campaign in Arkham Horror: The Card Game! With multiple ways to perform “card readings,” the tarot deck can help swing fate in your favor—or riddle you with misfortune! 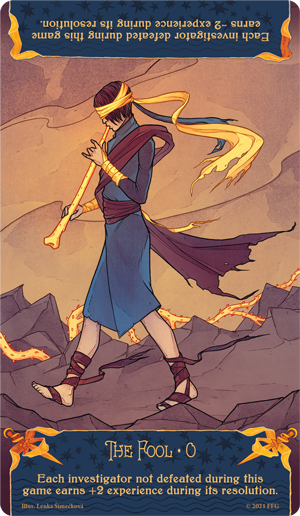 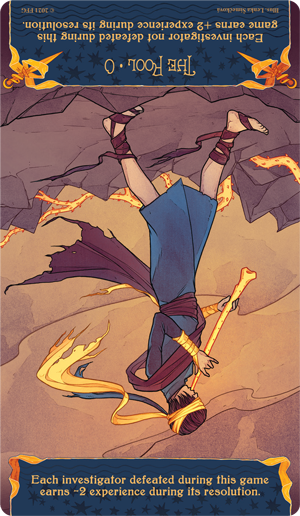 Each tarot card has two effects: one for when it is upright, and one for when it is reversed. The cards provide passive effects for the entire scenario, and while the upright effects are always beneficial, the reversed effects often will do the opposite! For example, while a card like The Lovers VI can provide you with an ally from a scenario’s onset, its reversed version could just as easily remove that ally from your deck! Likewise, some cards like Strength VIII can get you set up faster or slow you down , while others, such as The Empress III , can either help you with skill tests or hinder you .

So put your fate in the hands of fortune, and use the tarot deck to enhance your Arkham Horror: The Card Game experience!