Legend of the Five Rings: The Card Game - Peace at Any Cost

As the Emerald Empire continues to battle its enemies from beyond, so too must it deal with its enemies from within. The temptations of each of the Great Clans have threatened to break Rokugan apart in irreparable ways. In this time of desperate need, the hopes of the Empire may rest in the hands of those seeking to purify the corruption that festers within—but only if they can resist the allure of their own temptations in the process.

Fantasy Flight Games is proud to announce Peace at Any Cost, the sixth and final Dynasty Pack in the Temptations cycle for Legend of the Five Rings: The Card Game!

As with earlier Dynasty Packs of this cycle, this expansion provides a bevy of new tools for each Great Clan. Several clans receive new ways to manipulate fate on individual characters—on both their own characters and their opponents’—as well as ways to respond to their opponents doing the same. With a new stronghold, two new provinces, and a full array of dynasty and conflict cards, Peace at Any Cost is a must-have for any player! 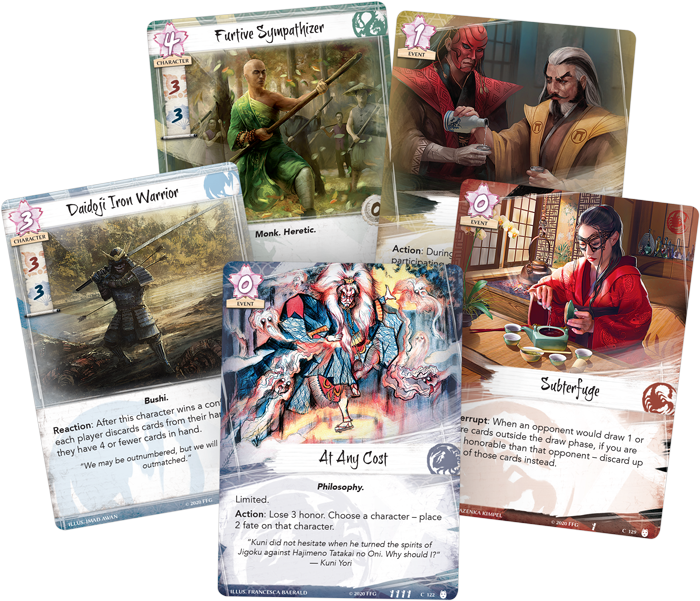 Spirituality and the kami have been important to all of Rokugan since the founding of the Empire, but none of the Great Clans can match the Phoenix for their connection to the spirits or the might of their shugenja. Historically a pacifistic clan with a more subtle court presence, the Phoenix have lately been tempted to walk the path of extreme purification. With a secretive sect of Asako Inquisitors—some of whom have already appeared in the Temptations cycle—hard at work quietly purging those they deem to be threats to the Empire, the Phoenix Clan are determined to purify Rokugan of anyone or anything that does not walk the path of light. 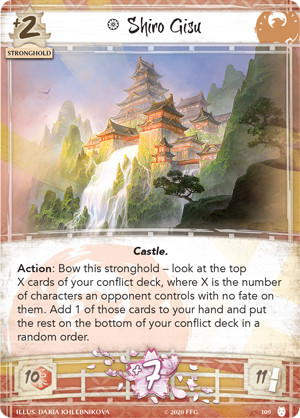 Within Peace at Any Cost, the Phoenix Clan comes fortified with a brand-new stronghold, Shiro Gisu (Peace at Any Cost, 109), the secret dōjō and home of the Asako Inquisitors. Shiro Gisu’s ability highlights the theme of the Inquisitors by punishing opponents who rely on the abilities of the mahō-users in this cycle. The more enemy characters with no fate on them, the more you can prepare for a counteroffensive and search your conflict deck for just the right tool to succeed. This is especially potent against decks utilizing the dire keyword, leading your opponent to decide whether having characters with no fate on them is truly worth the risk of incurring the Inquisitors’ wrath! 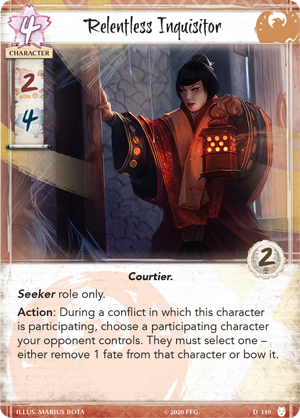 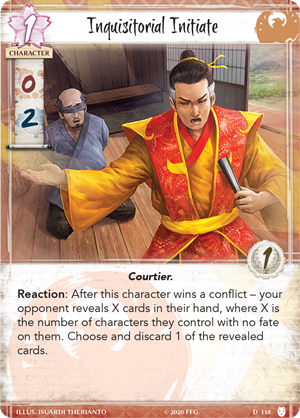 Of course, the Phoenix comes armed with more than just a new stronghold in this Dynasty Pack. The Relentless Inquisitor (Peace at Any Cost, 119) can help you hunt down heretics and seek out impurities by forcing your opponent to either remove fate from a character they control or bow it during a conflict. This, of course, could leave that character with no fate remaining, making them vulnerable to interrogation from the Inquisitorial Initiate (Peace at Any Cost, 118), who reveals a card from your opponent’s hand for each character they control with no fate on them. As if that was not strong enough, you can then discard one of the revealed cards of your choosing. Truly, those who utilize dire characters may think twice about doing so against the Inquisitors of the Phoenix Clan. 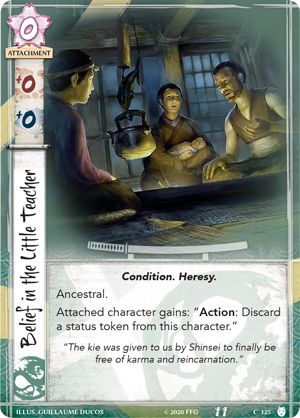 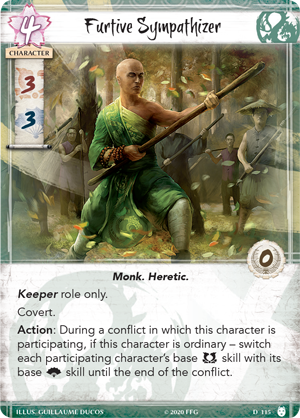