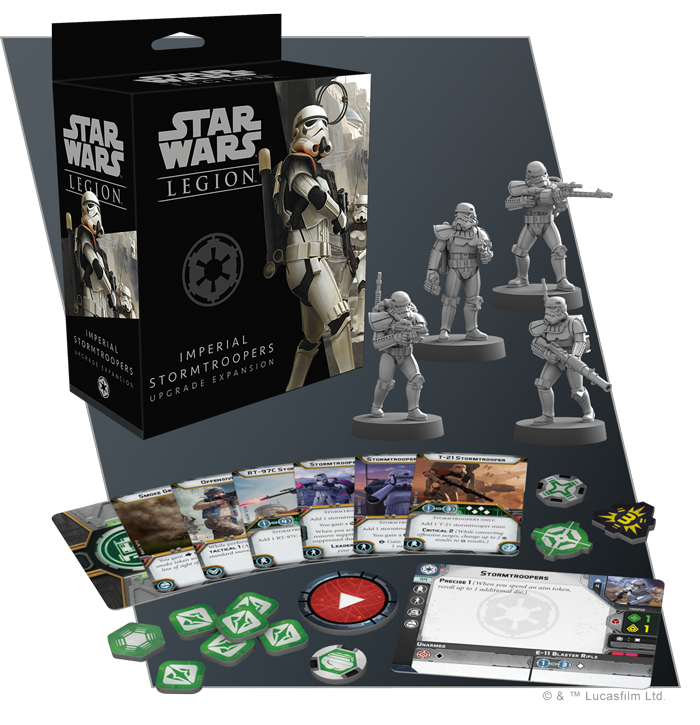 The E-11 blaster rifle may be the weapon most closely associated with the Empire’s ubiquitous Stormtroopers, but it is far from the only weapon they utilize in the field. These troops actually carry a wide range of heavy weaponry into battle, with each new weapon serving its own purpose on the battlefield.

Rebel units are known for their ability to dodge incoming fire, but a T-21 Stormtrooper gives their unit a better chance of hitting their targets no matter how quick they move. Sometimes, though, you need to target an enemy at longer range. During those moments, an RT-97C Stormtrooper can unleash a torrent of fire against an enemy that thought it was safe. 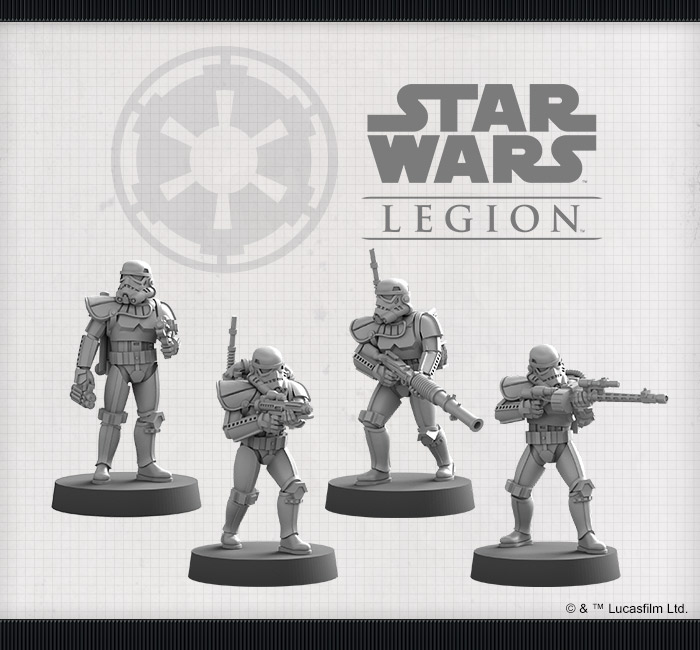 But heavy weapons aren’t the only way for Stormtroopers to mix up their tactics. Although their stark white armor makes it hard to discern one from another, specially trained Stormtroopers can bring benefits to the entire unit. Every corps unit risks becoming rattled in the thick of battle, but a Stormtrooper Captain assuming command can keep their troops steady in the face of adversity. Better yet, a Stormtrooper Captain brings much needed discipline to their unit, adding a valuable training icon to the unit’s upgrade bar. This opens the door for them to freely Duck and Cover from enemy fire without worrying about being suppressed during their own activation provided a nearby commander keeps them from panicking.

While they may lack the leadership abilities of a Captain, a Stormtrooper Specialist can contribute in their own way. This mini can spot targets for the unit, helping them fire more accurately. They also give the unit the option of equipping additional gear, making the unit more versatile. Combining some Grappling Hooks with Environmental Gear, for instance, makes the unit highly mobile—and all the more threatening to the enemy.