Since you first awoke in a dank and gloomy tidal cavern, you’ve attempted to pull together the disparate pieces of your shipwrecked memories. You’ve learned some of why you came to Innsmouth, and you’ve battled the evils rising from the ocean deeps… but as you escape from the Deep Ones overrunning Innsmouth and race toward the Falcon Point lighthouse, you find yourself at the threshold of the next mystery. Who was it that first captured you and left you for dead? The keeper of the lighthouse may hide the answers you seek.

Fantasy Flight Games is proud to announce A Light in the Fog, the fourth Mythos Pack in The Innsmouth Conspiracy cycle for Arkham Horror: The Card Game!

As the next chapter of your evolving story, A Light in the Fog expands your adventures in Innsmouth, picking up right where your frantic car chase left off at the end of Horror in High Gear, and promising new revelations as you push deeper into the heart of the tangled conspiracy that surrounds Innsmouth. Along with a new scenario, this expansion brings new options to your decks with a slew of new mid-level cards to shape and enhance your deck as you gain experience. But as your experiences unlock new skills, will they also open to door to deeper shades of madness? 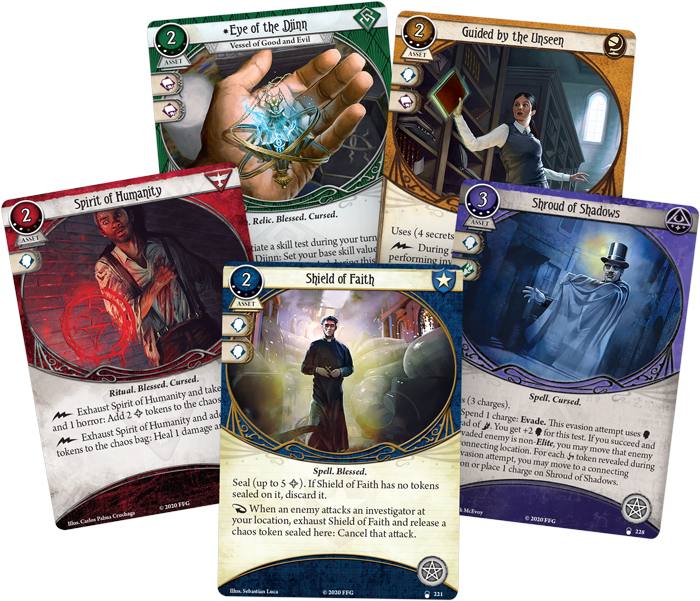 Shining its beacon over the choppy grey seas of the North Atlantic, the Falcon Point lighthouse cloaks its secrets under an outward appearance of safety and surety. Beneath the golden guiding light flashing forth from the lantern room, the rocky escarpment of Falcon Point is pocked and riddled with tidal tunnels and sunken grottos. Untold knowledge lies in the depths of these caves… but the Deep Ones will not give up their subterranean secrets easily.

This exploration may seem simple, but the brooding grounds of the Deep Ones are deadly. Lethal Deep One Nursemaids (A Light in the Fog, 254) make every Deep One in the caverns stronger and Deep One Hatchlings (A Light in the Fog, 255) call out to nearby Deep Ones whenever they’re defeated. And that’s before the caverns begin to flood once more, forcing you to flee upwards or be drawn beneath the waves and lost forever. 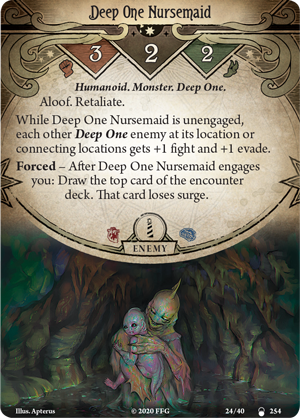 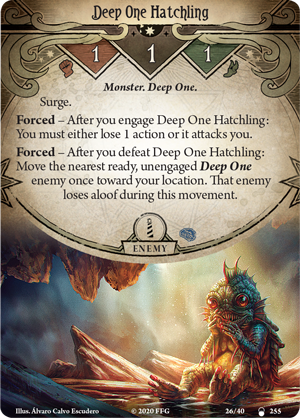 There’s no telling what you might find in these wave-washed passageways, but the Rogues of your party in particular may be interested to find two new exceptional Items that draw their power from the new bless and curse tokens introduced in The Innsmouth Conspiracy. "Lucky" Penny (A Light in the Fog, 224), for instance, puts every bless token and curse token into the hands of fate, and let chance decide whether you’ll treat the token as a bless token or a curse token.

If that’s too much randomness even for a Rogue, you may find your taste better suited by the Eye of the Djinn (A Light in the Fog, 225). Whenever you make a skill test, you can use the Eye of the Djinn to set your base skill value to five—making this an invaluable asset for Rogues with a low stat, such as Willpower. And even better, whether you reveal a bless token or a curse token during this test, the Eye of the Djinn will give you an added bonus.