A CHANCE TO MAKE HISTORY

Every civilization has to start somewhere. From humble beginnings and minimal resources, you will guide the growth of your civilization as new ideas take hold and you make great strides forward in the many fields of human achievement to build an empire more glorious than any other. Over the course of three epochs, you’ll have the chance to make your mark on history.

In Hadara, Arabic for “culture”, the key to advancing your civilization is recruiting people from many different cultures to bring their knowledge and skills in and expand your new empire. Will you focus on military strength or will you bring in merchants to focus on wealth? 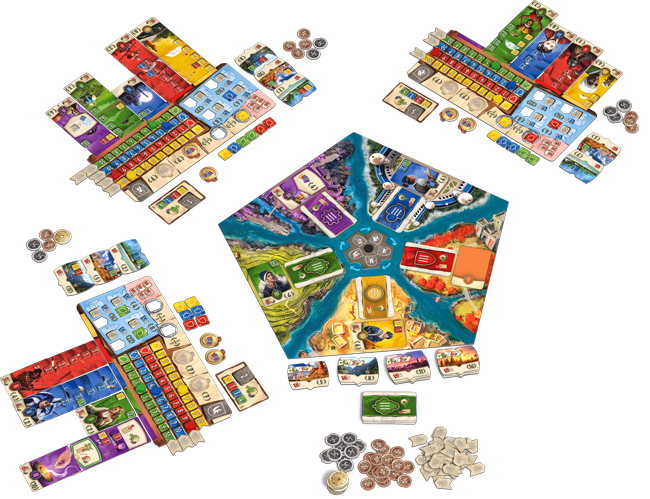 Hadara features a unique card selection system. In the center of the board a rotating wheel has five creatures: a dragon, a pegasus, a lion, a monkey, and a scarab, each representing a player’s civilization. During each epoch, players will draw from the deck that their civilization’s symbol on the wheel is pointing to. Then the wheel will rotate, offering new opportunities for each player. The cards you choose will allow you to increase your income, claim colonies, complete statues, feed your populace, or give you unique effects for the game ahead. When drawing cards and choosing who to recruit for your civilization, you must think carefully and make tactical decisions. Your opponents may have the opportunity to recruit someone you didn’t. 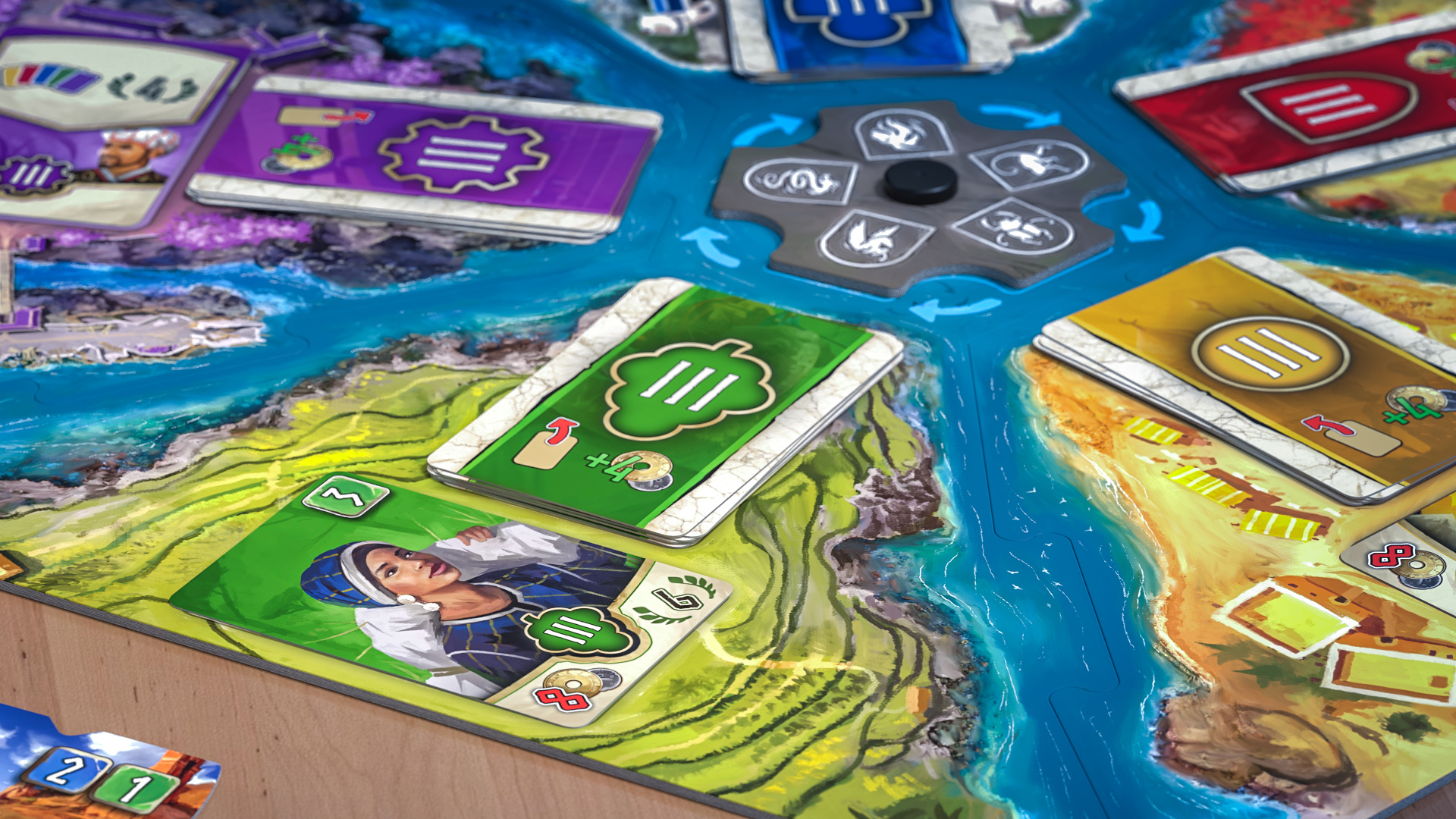 Skilled artisans, philosophers, warriors, architects, and more from many different cultures will bring their genius to aid you in your endeavors, but it rests with you to choose the best allies to build your nation. Each epoch will bring more skilled workers with a higher cost but often a higher payoff as well. If you already have established your military strength, recruiting more people for your military will be cheaper. Don’t forget the other categories though! An empire without agriculture can’t feed its people. 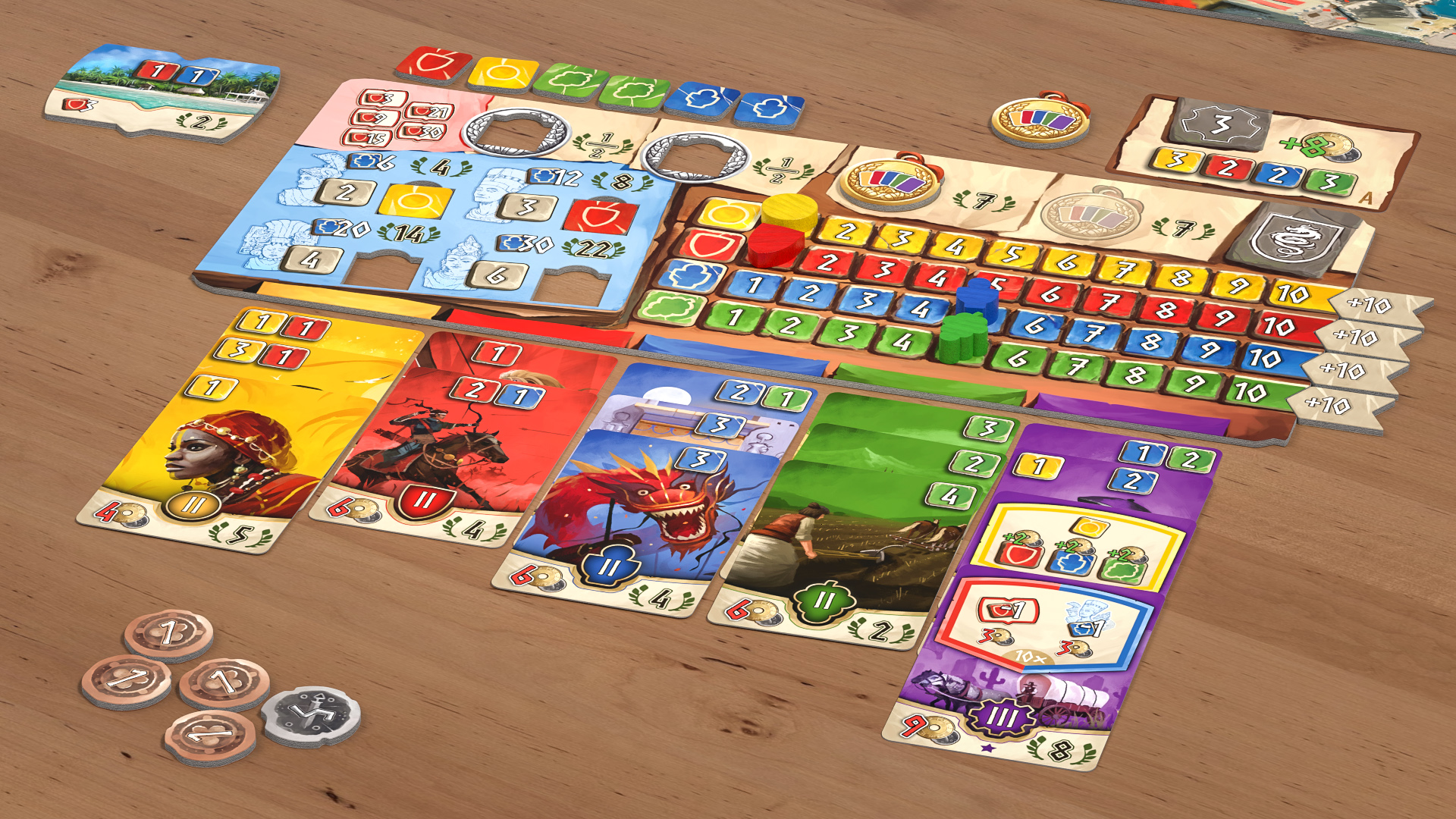